Being Responsible and Informed About Driving 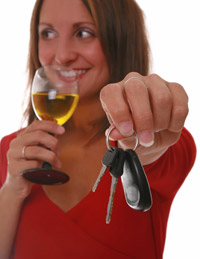 There are few things that the law takes more seriously than sobriety behind the wheel, and for good reason. The consequences of intoxicated driving are ones that society has been trying to do away with for years. Most nations across the globe have legalities in place to penalize those who drive under the influence of drugs or alcohol. Anyone driving in the United States or Canada is aware that there is very little, if any tolerance at all, for impaired driving.

The reason for this legislation is obvious. Impaired driving has brought about more tragedy than anyone could have realized it would. The fatalities and injuries caused by impaired driving are as high in numbers as that of an incurable disease. The strife inflicted on victims of impaired driving and their families is unspeakable. Impaired drivers do not typically injure themselves on the road because their bodies are loosened up under the influence of a substance. But the drivers and pedestrians they collide with are tense with fear and frequently sustain serious or even fatal injuries.

It is very important for every driver to make a commitment to never drive impaired, for their sake and for the sake of the people they share the road with. It is very easy to forget this commitment when you have had a few drinks and feel like you are fully capable of operating a vehicle. However, you never know when traffic will require a split second decision from you that could mean the difference between life and death. When that moment arrives, you will need all of your mental clarity, and you cannot afford to be even slightly impaired.

When it comes to sober driving, strive to be part of the solution, not part of the problem. Concern for people’s safety, your own and those around you, should be motivation enough for you to stay clear headed behind the wheel, but if it is not, consider the legal consequences of driving under the influence. Most jurisdictions have very strict laws governing the amount of alcohol one can consume before operating a vehicle, and no tolerance at all for drug use anytime, but particularly while driving. One can expect to serve jail time and pay a hefty fine if caught driving while intoxicated.